The origins of Buzkashi are shrouded in history, but most appear to agree that it is primarily an Afghan game, and indeed is often referred to as the national game of Afghanistan. However, variations of the game are played by all of the ethnic tribes of Central Asia and we were lucky enough to observe games played by Tajik tribesmen in a village close to Taxkorgan. For the Tajiks, Buzkashi is something to be played as an integral part of a celebration in the village -- in the games that we observed the occasion was a village wedding, for the celebration of which two games were organized, one the evening before, the second on the afternoon of the wedding (the wedding itself goes on all day!).

In both instances the game was played on a different, enormous, not very well defined field (the 'pitch'), at least as big as half-a-dozen (American) football pitches put together and at least twice as wide. The rules are obtuse and vague to the casual observer, but basically involve riders on horseback getting the carcase of a freshly-slaughtered ram (minus its head -- I can testify to it being fresh and beheaded!), which can be thought of as the 'ball', into a pit (the 'goal') at one or the other ends of the 'pitch'. The rider who accomplishes this gets a prize from the sponsors of the game -- in this case, the families of the bride and groom.

The rules appear somewhat flexible, the game is rough as other riders attempt to hem-in the rider who actually has the 'ball' and prevent him moving, and then attempt to tug and steal the 'ball' from him -- if he can break-away, he then gallops furiously toward the the 'goal' at the other end of the 'pitch' to deposit the 'ball'. It appears that the game lasts as long as the 'ball' exists as a carcase, largely in one piece! In some of these photos, the whitish bundle that the rider at the head of the pack is clutching or hanging from his saddle is the 'ball'. Further details can be found at: https://en.wikipedia.org/wiki/Buzkashi.

As a result of our involvement in the first Buzkashi game, we were invited to join the villagers in the wedding celebrations the following day which this first game was honoring -- some photographs from the wedding are shown in the following gallery.
Back
Recent Work > Silk Road > Buzkashi 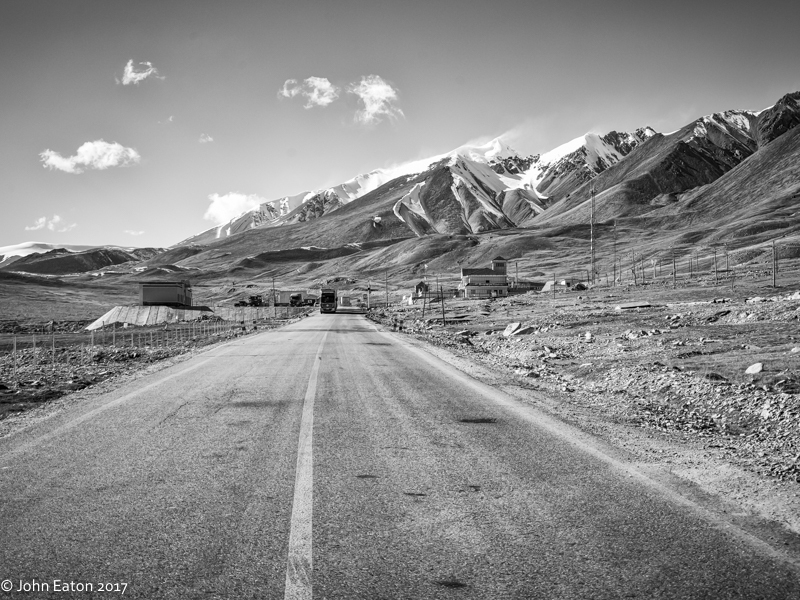