The Wahiba Sands (officially, Ramlat-al-Wahiba), named after the Bedu al Wahiba tribe, are an immense stretch of high dunes (with 350 foot peaks), running for about 110 miles long and about 50 miles wide, from the central part of Oman down to the Empty Quarter in the south. They are formed as a series of multiple high ridges separated by flat valleys, orientated north-east to south-west, which are moving inland at a rate of about 30 feet per year.

An expedition undertaken by the Royal Geographical Society in 1986 documented the diversity of the terrain, and the flora and fauna, noting 16,000 invertebrates as well as 200 species of other wildlife, including birds -- they also documented 150 species of native flora (the dunes receive a fairly heavy overnight dew). Each morning the tracks of these invertebrates and animals (and the Bedu goats that roam everywhere) can be clearly seen crisscrossing the sand.

These mesmerizingly beautiful dunes stretch as far as the eye can see and are a spectacular sight, especially in the early morning and evening, when the sun is low and the warm colors of the desert become much richer and the long shadows accentuate their amazing structures. The scale and continuously changing formations of the dunes provide an exciting opportunity for black and white photography with the contrasts in textures, tones and abstract forms -- as well as the intimate detail of the journeying of the nocturnal inhabitants.
Back
Archive > Oman, the UAE, and Kuwait > Wahiba Sands 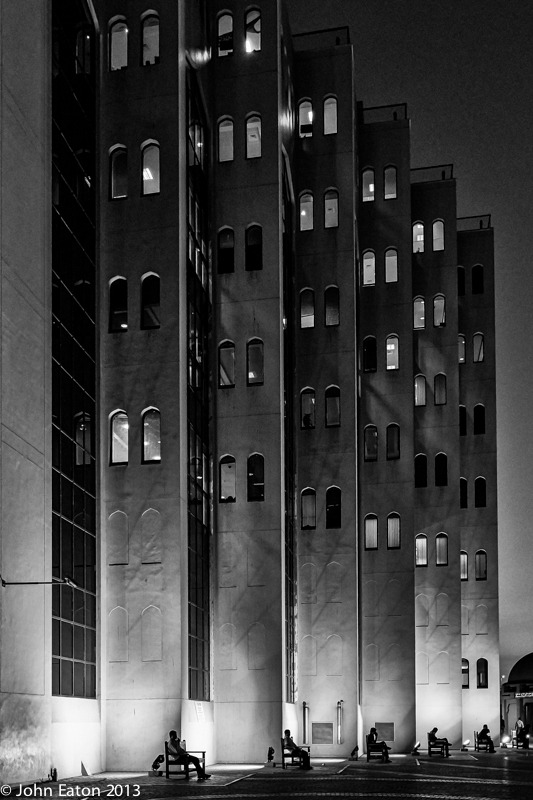