Located at the eastern end of Lake Erie, and thus at the eastern-most point of navigation on four of the Great Lakes, Buffalo developed in the first half of the 19th century as the major transshipment point for the grain from the Great Plains heading for the East coast (Niagara Falls lay between Lakes Erie and Ontario, precluding access from the Great Lakes to the St Lawrence and the Atlantic until the completion of the Welland Canal and the St Lawrence Seaway). This development was kick-started by the completion of the Erie Canal in 1825, linking Buffalo with Albany and the Hudson river to New York. In 1825 Buffalo was a village of 2,500 people; with the opening of the canal it boomed -- in 1832 it incorporated as a city and by 1846 more flour and wheat was shipped through Buffalo than down the Mississippi through New Orleans. By 1855 the railways had developed to the stage where they were carrying twice as much traffic as the Erie canal -- and by the 1880s the railway transfer yards and associated storage facilities in Buffalo were the largest in the world.

During the latter part of the 19th century Buffalo thrived as one of the leading industrial centers in the Unites States. During this time several notable buildings were constructed in Buffalo reflecting its importance and civic pride -- probably the most important is the (Prudential) Guaranty building, the last project in the collaboration between Sullivan and Adler. Completed in 1896, this is a masterpiece of Louis Sullivan's new "skyscraper" style of architecture, expressing the confidence and prosperity of Buffalo and the United States (Sullivan is considered the "Father of the Skyscraper"). Hydroelectric power, generated by the nearby Niagara Falls, made Buffalo the first American city to have widespread electric lighting, used to dramatic effect at the Pan-American Exposition held in Buffalo in 1901. Buffalo's civic pride continued into the 1st half of the 20th century with the construction of the largest City Hall in America, an Art Deco masterpiece, dedicated on July 1,1932.

Another major engineering feat early in the 20th century was the construction of the Col. Ward pumping station and it’s associated water intake in Lake Erie to provide a water supply to the rapidly-growing city and it’s commercial enterprises. The Colonel Ward Pumping Station was brought online in 1915 to provide water to the city of Buffalo, pumped from Lake Erie along a 6,600 foot tunnel. It houses five immense steam pumps, each weighing 1,100 tons, standing 60 feet tall, and producing 1,200 horsepower, capable of discharging 30 million gallons of water per day through 48-inch diameter pipes. These steam pumps were supplanted by higher capacity electric pumps in 1938, but the steam pumps were retained in full working order through to 1975 as a back-up system.

The city's importance declined in the later half of the 20th century for several reasons, perhaps the most important being the opening of the St. Lawrence Seaway in 1957. Ocean-going ships now had direct access to the Great Lakes, so that goods which had previously been transshipped at Buffalo could now bypass totally.

For additional images of the Buffalo elevators and the Ward Pumping Station please see the respective portfolios: further detail on the architectural, technological and economic significance of the Buffalo grain elevators and silos is given in the main-menu section "Traces Left Behind".
Back
Archive > Buffalo 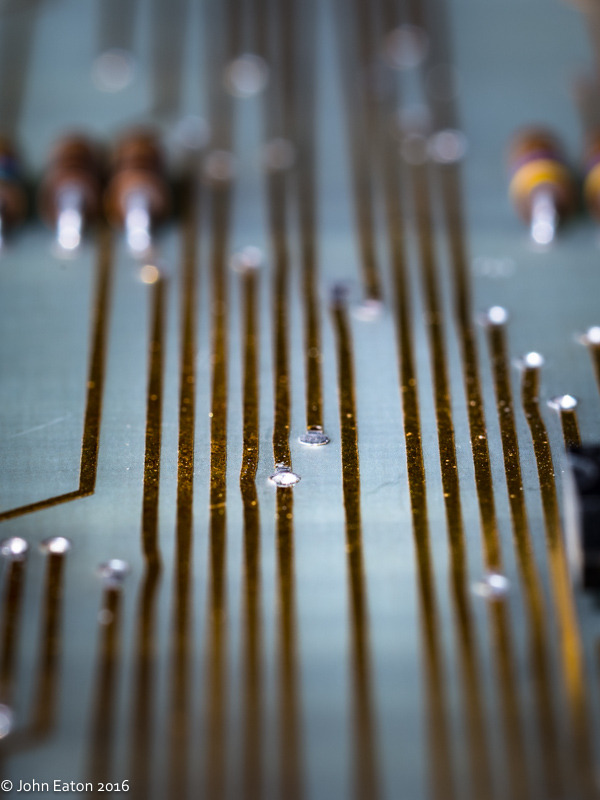