One of the things that Oman is justly famous for are it's historic forts and fortified villages. There are over 500 forts, castles and towers in Oman which has a coastline of 1,700 kms, so they were needed to protect it from potential invaders. Most of them were built or had major expansions during Al-Yarubi dynasty rule of Oman in between 1624 and 1744. In times of war and with high and thick walls, their purpose was as a refuge for the people and a last line of defense for the town. Forts were prepared to withstand long siege with water wells, food storing capacity and secret tunnels ending many kilometers away from the walls of the fort. In times of peace they served as a center of governance, the seat of administrative and judicial authority, a place for education and a social interaction point.

Bahla is an outstanding example of a fortified oasis settlement of the medieval Islamic period – the fort, town, oasis and surrounding walls form an integral and largely complete historic walled oasis settlement and major defensive complex. The first fort on the site was likely built in the 3rd millennium BC, but the present buildings date from the 13th and 14th centuries when the oasis of Bahla was prosperous and dominated the central Omani region. However, during the past century the fort was neglected and fell into decay. In 1987 it was declared a World Heritage Site and flagged as being in danger of collapse in 1988. Preservation and restoration efforts began in the early 1990’s and it was semi-reopened to the public early in 2013.

Nizwa was the capital of Oman in the 6th and 7th centuries and there was a fort there in that time. The present Nizwa fort was built by Imam Sultan bin Saif al Ya'arubi in 1668 (on the foundations of a 12th century predecessor), with it’s immense central round tower, 155 feet in diameter and over 115 feet high, designed as a stronghold to withstand some of the most aggressive sieges. The design of the tower, complete with battlements, turret, secret shafts, false doors and wells incorporates a great deal of defense in depth. The only access to the top of the tower is by means of a narrow twisty staircase barred by heavy wooden doors studded with metal spikes. Those who did manage to get past the doors risked being burnt by boiling oil, water, date syrup or honey that was poured through shafts, which opened from the top of the tower directly above each set of doors.

Jabrin fort (about 3 miles from Bahla) was also built by Imam Sultan bin Saif Al Ya'arubi in 1670 as a defensive stronghold (with 12 feet thick walls!) and as living accommodation for the Imam. The high-ceilinged, spacious rooms with their mogul arches and sumptuous decoration are testimony to the importance and wealth of their owner. The fort has a deep and shady central courtyard, but within one of the major wings there is a second, smaller, narrow and deep courtyard, with wooden balconies and beautifully carved windows, unique to Jabrin. The fort was carefully restored from 1978 to 1983 and now operates as a museum.

Naklah fort is perched on a rock (which determined its irregular shape) against the backdrop of the Hajir mountains, guarding an oasis with its date palms and route deeper into the mountains. The earliest construction on the site likely dates from Persian times, but the origins of the present fort lie with the Portuguese when they ruled this area, though the present gateway and towers were added in the 19th century and the fort was restored in the 1990’s.
Back
Archive > Oman, the UAE, and Kuwait > Forts & Interiors 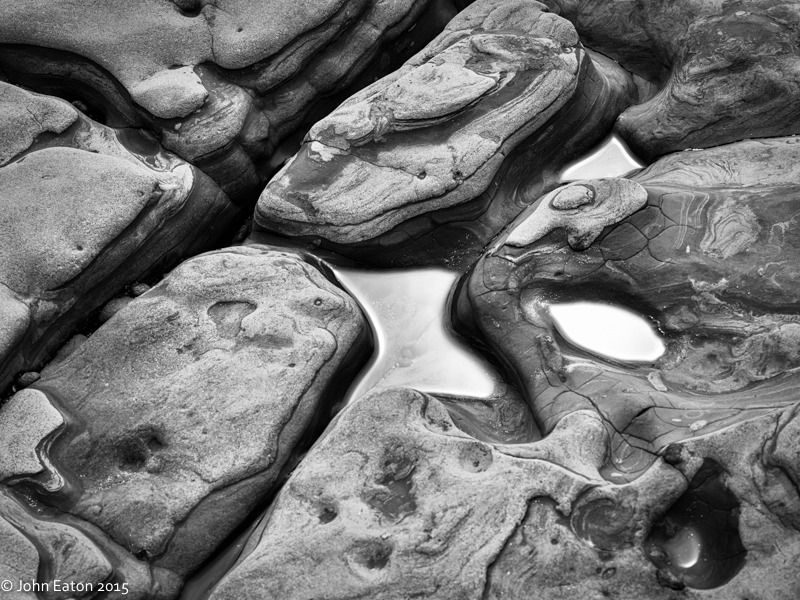